Kashmir’s capital hides in the mist and watches.

The international airport at Srinagar, I am told ad infinitum, sees at least 10 flights a day. But Srinagar itself does not want to be seen.

The view from the plane as we make our final descent into Kashmir Valley says it all. Buildings near the airport are painted in camouflageâ€”sand beige, olive green, and UK gray that do nothing to hide the structures. Better they were blotched the yellow of the saffron and mustard fields; the vein blue of the lakes, rivers, and sky; the bleach white of the cumulus clouds; and the surreal green of the firs on the Pir Panjal mountains to the west and the pines on the Himalayas to the east. Then, maybe, the city could disappear.

And then there is the mistâ€”the everywhere, all-the-time mist that helps Srinagar hide. Is it the mist that makes people squint at me, and then, when my decidedly non-Kashmiri features register, gape in shock? I think that for them, I am the ghost of people past. A tourist haunt.

Pest-like in their numbers, the eagles over Dal Lake wheel in the mist in unrushed figure eights, as if they can’t remember where they parked their cars. And then, suddenly, AHA! They swoop. 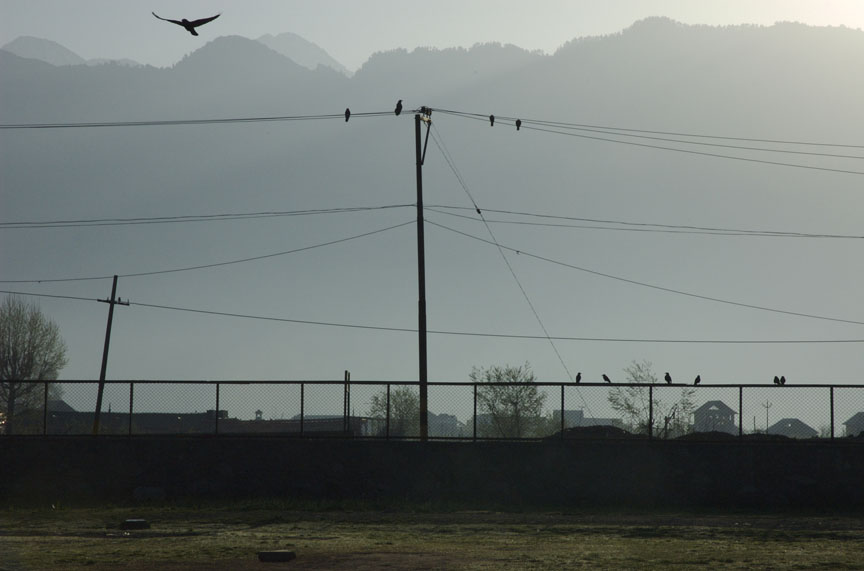 This is my first impression of Jammu & Kashmir, the northernmost state in India.

It was slashed in half in 1947, just months after India gained independence from Great Britain and even fewer months after Partition carved Pakistan out of India. The ruling Maharaja dithered about whether to cast his lot (and that of his overwhelmingly Muslim populace) with India or Pakistan. When tribal raiders from Pakistan invaded his lands, he went with India.

Pakistan rules the northern third of Kashmir; the Line of Control that divides the state is about 200 kilometers north of Srinagar. The eastern border with China is also under dispute, but that’s a whole other story.

Since then, the countries have fought three wars over the state. In 1989, separatists entered the fight to demand Kashmiri independence; or to create a militant Islamic state; or to just blow shit up in revenge for predations by the Indian Army, which has long been accused of torture, assassinations, and disappearances. The separatists have been helped by muhjadeen from Afghanistan and money from Pakistan. According to Amnesty International, since 1989, 60,000 people have died. Locals say it’s more like 100,000. Check out Human Rights Watch 2006 reports on Kashmir in both the Pakistan- and Indian-controlled regions. Be ready for your blood to curdle.

Tourists have periodically been targeted by militants tired of burning down local schools and villages. Favored tactics have been beheading Westerners, shooting Indians, and lobbing grenades into random crowds.

Since 2002, when elections considered less rigged than those in previous years brought in more moderate voices, the situation has improved. Now there is much less violence. However, the “troubles,” “turmoil,” and “problems”â€”there are lots of euphemisms hereâ€”continue. And despite a conference going on right now in Delhi, it’s unlikely to be resolved anytime soon.

You can find more information here. Be aware, however, that it’s very difficult to find objective information on Kashmir. Take into consideration that virtually all sources have deeply impassioned agendas.

Everyone insists to me that Srinagar is now safe for tourists. They less frequently argue that it is safe for Kashmiris themselves. When I ask people to recall the last incident of violence, the reply is almost always the same. “Oh, there is nothing, nothing,” the person will say, as did Majeed, the owner of the houseboat I stayed in. This will be followed by a concessionary, “Well, there was that one incident last year…”

The thing is, no one ever mentions the same incident. Everyone can recall a different, and recent, event.

After 17 years of war, Majeed says, when there is violence, “we can smell it. And that is why we always go with our guests,” he says as we sit in the living room of the houseboat on Nageen Lake, just outside of Srinagar. “If something, God forbid, were to happen to you,” he continues, refilling my cup with more cardamom-and-cinnamon dense Kashmiri tea, “we would be the first ones behind barsâ€”and no inquiry.”

Srinagar watches, and I am not excluded from the gaze. The first night, I want to go to an internet cafÃ©. I’m pretty insistent. But I am delayed for various reasons. It’s not safe. There is no car. The cafe is closed. We have to wait for manager to come back. Wouldn’t I rather buy a carpet?

It’s impossible to know which of these, if any, are true.

I can’t decide whether it’s a logistical issue or I’m specifically being sidetracked. Furthermore, I can’t decide whether this is for my safety or because the Dilshan Group is one of the unsavory Kashmiri tour operators Lonely Planet warned me against. (Majeed, who will give me his priceless perspective over the next week, does not work for Dilshan.) It’s clear they only want me to go to certain places and to see certain things.

What I didn’t know was that these fanatics are always lurking. I’m sure as hell glad I had saved my “licentious” behavior for another day. I dodged a bullet thereâ€”after all, I’m a woman, and my salacious true nature might have slipped out at any moment, warping nearby good men with demonic female rays.

Who knows better than a woman herself how dangerous we are? “Last year, Kashmir’s leading women’s separatist group Dukhtaran-e-Milat or Daughters of Faith raided some internet cafes and destroyed equipment to prevent what it said were ‘immoral activities’ in the outlets.”

On his deathbed, the 16th-century Moghul emperor Jehangir is said to have pined for Kashmir, his summer retreat: “If there is paradise anywhere on earth, it is here, it is here.” A couple hundred years later, one of his successors built the fort that overlooks Srinagar. Last week, Hari Parbat fort opened for the first time in 17 years.

While the fort watches from Shikara Hill, the town looks at itself in the mirror of Nageen Lake. 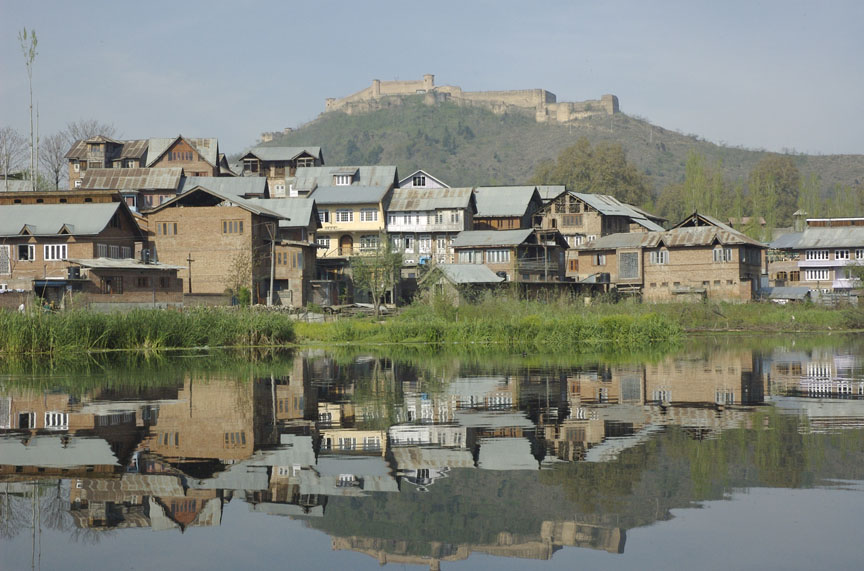