Hidirellez is an annual Spring holiday celebrated on May 5. In Istanbul, it’s a five-day street festival that rocks Ahirkapi, an area near Sultanahmet, where several of the city’s most famous sites cluster, including Topkapi Palace, Hagia Sophia, the Blue Mosque, the Archaeological Museum (including the Museum of the Ancient Orient), and the Main Bazaar. Dogan invited me to join him and his friends to check out half-dozen many bands, and in particular Buzuki Orhan Osman, a German-born Greek musician who leads an amazing orchestra through Roma, Greek, and Balkan tunes. We were supposed to hook up with Sercin and Cemâ€”I considered calling her from my mobile, as I had a shiny new TurkCell phone numberâ€”but somehow we never got in touch. It’s a shame, too, because she would tell me later they didn’t have a very good time, whereas we had what can be officially categorized as a Blast.

The streets were sardined with enterprising kebab makers, cheery Efes pourers, and hawkers of those quintessentially Turkish blue-glass amulets that offer protection against the evil eye.

Smoke, kebabs, and Efes, the Budweiser of Turkey. 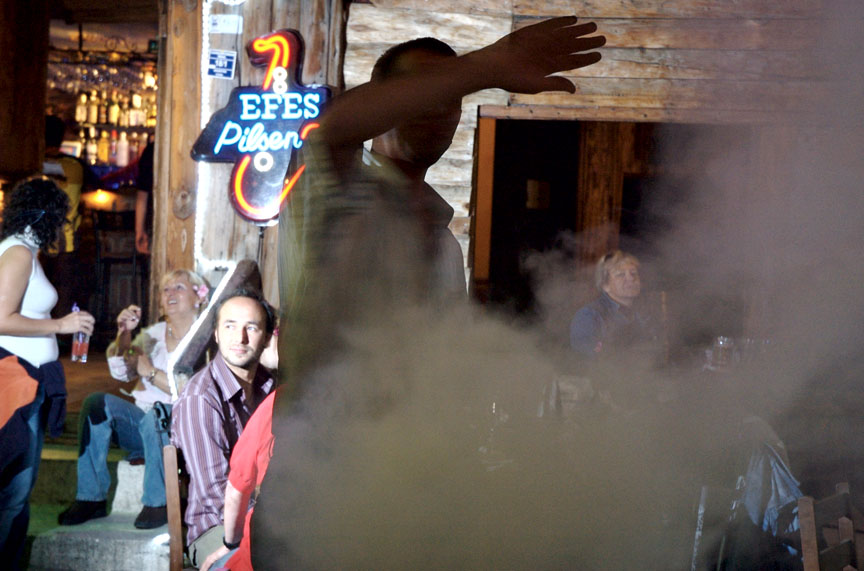 Each band was surrounded by a twisting throng of dancing Istanbulites spilling their beers all over each other and not minding a bit. We headed for the deepest section of the festival, a large arena surrounded by Byzantine walls.

The mildly demonic-appearing Osman (right) and his orchestra jack up the already boisterous thousands into a shimmying frenzy (Listen). 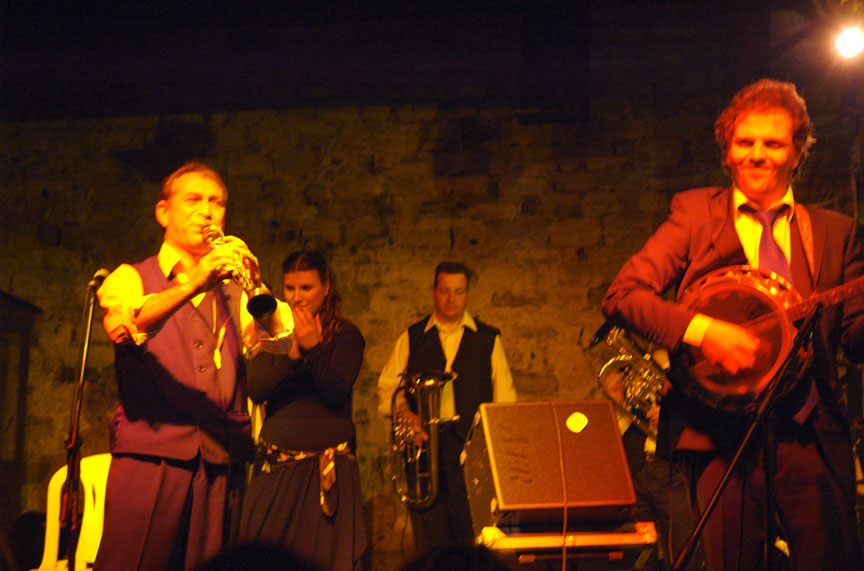 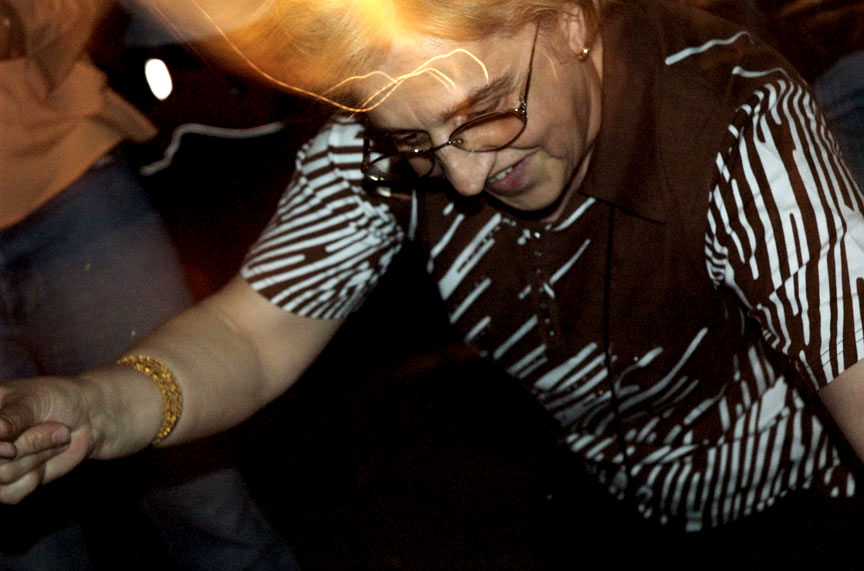 When they’re not dancing, they’re singing along, as Dogan and Ismail do here. 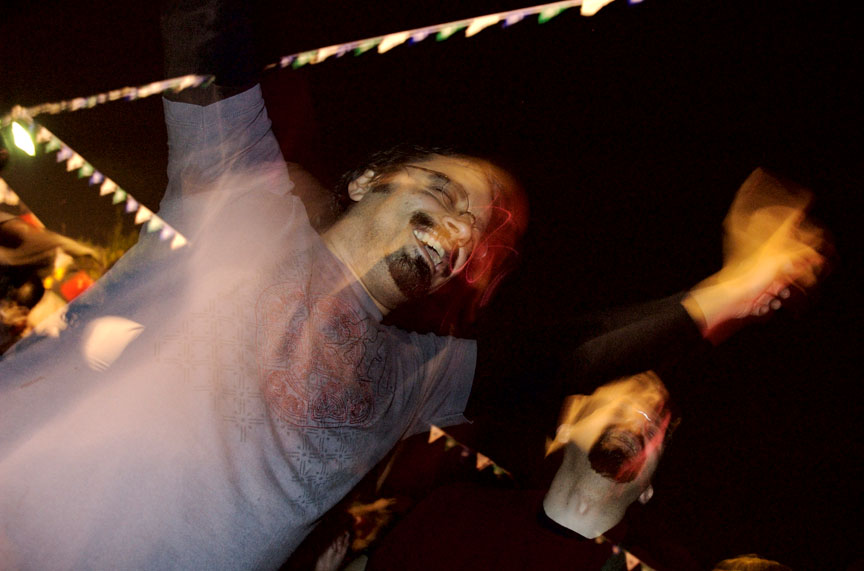 My dancing was considered insultingly tame. I learned that the shoulders must shake, and the arms must fly overhead. The hips must whip back and forth, and sometimes you do the bump. 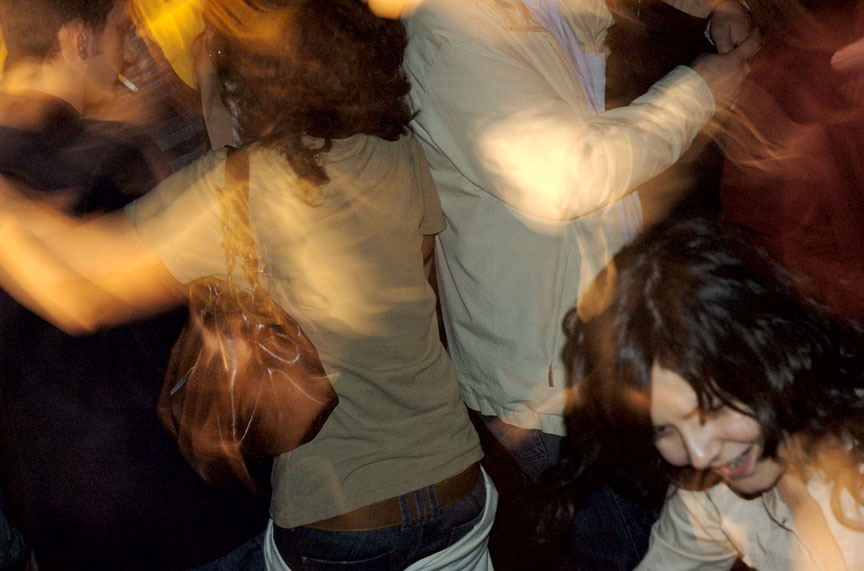 Osman is known as a bouzouki master. He was remarkable. He even played the instrument backwards over his head. Here he leads a call-and-response scattin’ extravaganza (listen). 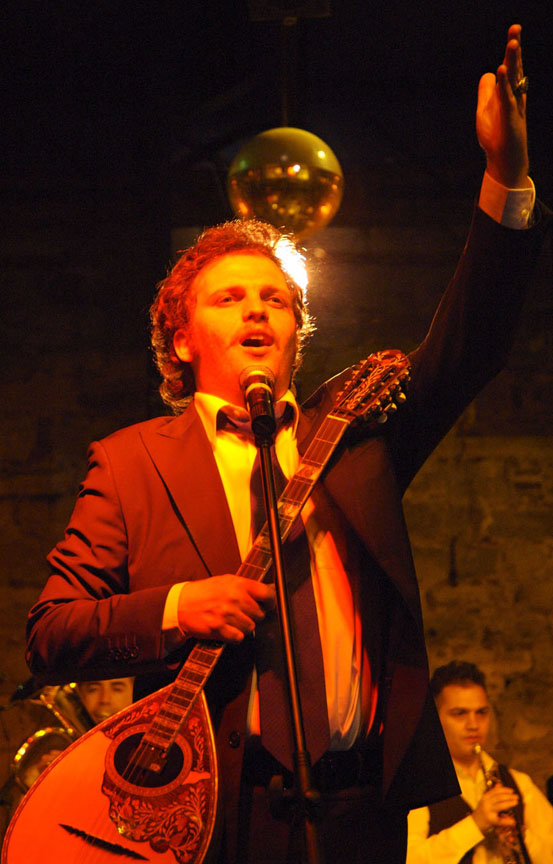 It’s traditional to welcome Spring with a leap over a fire. We came across this one in the street a few blocks away from the festival, just past a police station.

Jump your way into noncorporeality! 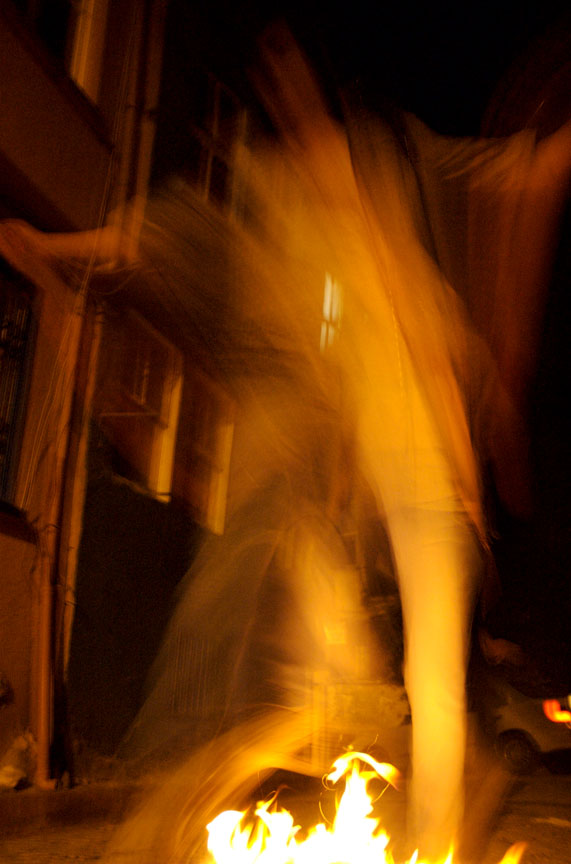 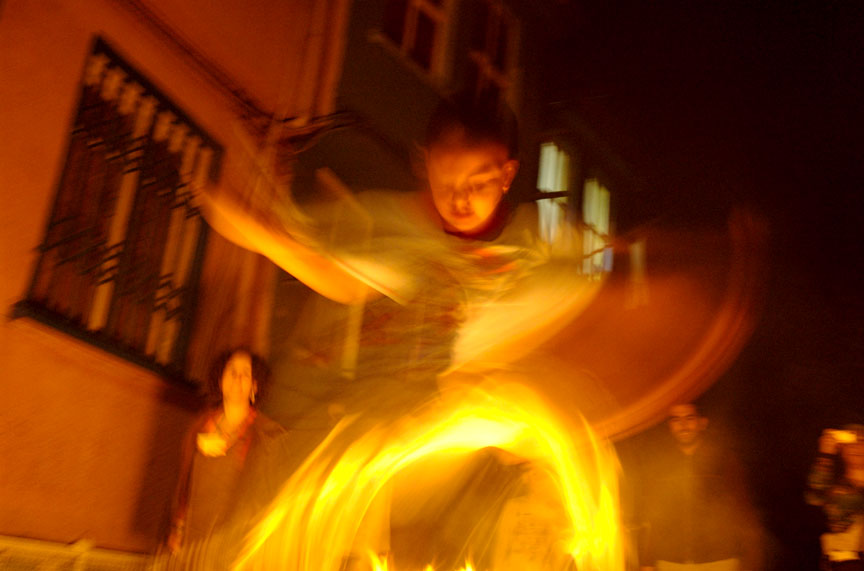 Thanks to a flash, I maintained my solid state. 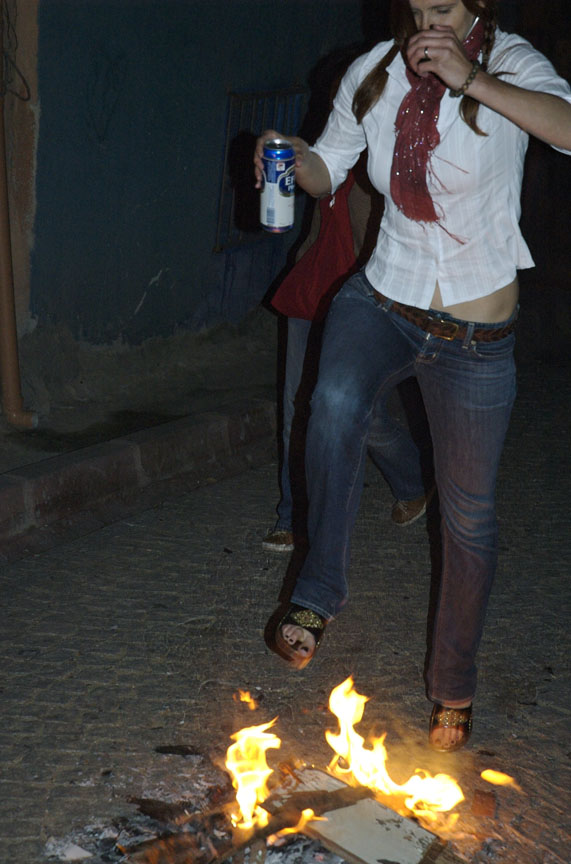 And that’s goodbye to Turkey.